We've made it easy for members and nonmembers to take action to oppose these cuts by contacting Congress and CMS in just a few clicks.

Understandably, there are a lot of questions regarding the policy, and we hope to provide as many answers as possible to help the profession fight this proposal in a knowledgeable way, with a unified voice.

So let's take a deeper dive into what this policy is, why we're where we are today, what we've been doing to fight this cut, and what we need to do in the coming months.

A Quick History of the Fee Schedule

The physician fee schedule was established in the Omnibus Budget Reconciliation Act of 1989, as amended in 1990. Social Security Act authorizes the U.S. Secretary of Health and Human Services to establish the relative value units, called RVUs, for the physician fee schedule after considering recommendations of the Physician Payment Review Commission and consulting with organizations representing physicians. The first fee schedule was published on November 25, 1991, for physicians' services furnished in 1992.

The Role of the American Medical Association in Guiding Code Values

When Medicare transitioned to this payment system in 1992, the American Medical Association/Specialty Society Relative Value Scale Update Committee — known as the RUC — was formed to make recommendations to CMS on the relative values to be assigned to new or revised codes in the Current Procedural Terminology book. These are the codes we usually refer to as "CPT codes."

Key here is the word "recommendations." In the end, CMS makes all final decisions about what Medicare payments will be, based on the RUC recommendations and a host of other factors. These include additional recommendations from the Health Care Professionals Advisory Committee, the Medicare Payment Advisory Commission, and other public commenters; medical literature and comparative databases; comparisons with other codes, and consultation with other physicians and health care professionals within CMS and the federal government.

So, What Happened This Time?

For several years, policymakers have been concerned that payment for evaluation and management services were undervalued — particularly those related with office/outpatient or ambulatory services. On top of that, MedPAC has held the opinion that the fee schedule itself is not well-designed to support primary care, which requires ongoing care coordination for patients. To correct this perceived deficiency, MedPAC has recommended to Congress and to CMS that the fee schedule be rebalanced in ways to increase payment rates for ambulatory E/M services while reducing payment rates for other services (e.g., procedures, imaging, and tests).

In preparation for the 2020 PFS rulemaking, the AMA RUC resurveyed and revalued the office/outpatient E/M visit code set, while the CPT Editorial Panel redefined the services and associated interpretive guidance. The AMA RUC then provided CMS with its recommendations for work RVUs, practice expense inputs, and physician time (number of minutes) for the revised office/outpatient E/M visit code set.

In the 2020 Physician Fee Schedule proposed rule, CMS proposed to adopt the RUC-recommended work RVUs for all of the office/outpatient E/M visit codes and the new prolonged services add-on code, noting that the information it reviewed on the RUC valuation exercise was based on an extensive survey of more than 50 specialty societies.

But CMS went even further, proposing to adopt an add-on code that describes the additional resources inherent in visits for primary care. The new code reflects the differential resource costs associated with performing certain types of office/outpatient E/M visits. This would allow for a further boost to payment for those services.

The Social Security Act requires that changes to RVUs can't increase or decrease expenditures for the year by more than $20 million over what they would have been. If the difference projected to be more than that — clearly the case for the E/M boost, which is estimated to cost billions — CMS must offset the increase to maintain "budget neutrality." In other words, CMS would need to cut payment elsewhere.

With the E/M increases for E/M and the extra boost proposed, only one question remained: How would CMS pay for such a major increase, when the statute (Social Security Act Section 1848) requires budget neutrality?

To account for the money it wanted to channel toward increases in E/M payment, CMS had to do something big. To maintain budget neutrality under the fee schedule, CMS applies a budget neutrality adjustment to the so-called "conversion factor," the number used to formulate payment rates each year for each CPT code after a code's RVUs and geographic factors are calculated — more or less the last step along the way to establishing a specific payment amount (APTA's regulatory review on the 2021 proposed fee schedule includes an explanation of how it works).

Here, CMS has proposed a conversion factor that is almost 11% lower than the 2020 conversion factor, having the effect of reducing payment by varying amounts to 36 provider specialties — including physical therapy.

The overall combined impact to each specialty will vary based on how their code sets might have increased or decreased due to adjustments to the RVUs as well as whether they are eligible to bill office/outpatient E/M services and the GPC1X add-on code.

In its 2020 fee schedule ruling, CMS didn't say what the adjustment to the conversion factor would be but estimated it would lead to an overall negative combined impact on physical therapy, occupational therapy, and speech-language pathology of 8%. With the release of the proposed 2021 fee schedule, CMS estimates the cuts will be closer to 9%.

But RVUs Didn't Change, and Some Actually Went Up. What's the Deal?

The conversion factor is also being applied to those E/M codes that are getting the big boost. But that boost is so large, and those codes are used so often by some specialties including primary care, that those providers will come out ahead despite the conversion factor. Others, particularly those who bill very little or no E/M services, such as physical therapists, face the most drastic reductions. Again, the actual impact to each physical therapy provider will depend on such factors as practice and billing patterns and the RVUs of the codes they bill most frequently bill.

The History of Our Fight Against the Cut

In its commentary on the final 2020 rule issued in November 2019, CMS acknowledged that it had received "many" comments — APTA's among them — expressing concern about the proposed cuts and offering strategies the agency could use to mitigate them, such as a phased-in approach, caps on increases and decreases, and working with Congress on the conversion factor.

In response, CMS stalled, maintaining the payment cuts in the final 2020 rule. While it claimed to understand the concerns, it stated that since the change wouldn't take effect until 2021 and "we do not know the magnitude of redistribution resulting from other policies we may adopt," it would hold off on finalizing a strategy. However, CMS added "we intend to consider these concerns and address them in future rulemaking."

However, in the 2021 proposed rule CMS stayed its course and proposed a conversion factor of $32.2605, $3.83 less than the 2020 conversion factor. The result: Physical therapy is facing an estimated 9% cut to payment.

Our efforts to fight these cuts began in 2019, with the announcement of the proposal. We took action immediately, and never let up. Beginning September 2019 to the present,  APTA has targeted multiple audiences with specific actions and messaging. These include but are not limited to CMS, the Department of Health and Human Services, Congress, the White House, physician and nonphysician coalition partners, and APTA members:

We have four months to stop implementation of the 9% cut, and we are continuing our legislative and regulatory strategies.

APTA continues to pursue legislative options that would delay or mitigate the cuts outlined in the proposed 2021 fee schedule rule — something Congress had been hesitant to pursue until the release of the 2021 rule. For the past several months, APTA has been working with a broad coalition of impacted health care provider groups that includes the American Medical Association, the American College of Surgeons, American College of Radiologists, American Occupation Therapy Association, and American Speech Hearing Language Association, and 50 other groups to apply Congressional pressure on CMS and potential legislation to address the fee schedule.

On August 11, a letter signed by 93 bipartisan members was sent to House leadership saying that House leadership should include in "any upcoming and relevant legislation" a policy to waive the budget neutrality requirement for the physician fee schedule in 2021 and 2022.  That letter isn't the first time House lawmakers have pushed leadership to fix this issue. In late May a group of 46 lawmakers also asked leadership to deal with the issue citing the concerns of its impact on therapy.  The August 11 letter also asks that House leadership have CMS report to Congress on the overarching effects of the public health emergency, specifically on how the pandemic has affected access to care in underserved areas and the impact of the E/M pay cuts if budget neutrality isn't waived.   APTA helped lead the fee schedule coalition's effort in outreach to Hill offices to secure signatories to the letter.

Key Congressional committee are currently exploring possible policy solutions to address the proposed cuts  that Congress could act on later this fall.  In addition, we will continue to support H.R. 7154, the Outpatient Therapy Modernization and Stabilization Act, which includes language that would waive budget neutrality on the E/M code proposal, thus preventing the cuts from going into effect.

A key component of our regulatory strategy involves submitting comments to CMS. APTA will submit two sets of comments before the comment period closes. The first letter will be submitted in early September and will solely address the reimbursement reductions in 2021. The second letter will again respond to the estimated 9% payment cut and also address other policies included in the proposed rule.

APTA also has an initiated a comment letter writing campaign. It is vital that everyone submit comments to CMS opposing the cuts. APTA provides two template letters — one for PTs, PTAs, and students, both members and nonmembers, and one for patients — via APTA's Regulatory Action Center. We encourage you to insert a personal story regarding how this cut will impact you and your patients.

What You Can Do

We need to increase the pressure on Congress and CMS to ensure at least one entity takes responsibility.

Contact your members of Congress today to tell them that you oppose the 9% cut and they must take immediate action to stop it. It takes fewer than two minutes. You can find links to the template letters and mechanism to contact Congress on our Medicare Physician Fee Schedule Advocacy webpage.

Send comments to CMS. CMS needs to receive as many comment letters as possible from PTs, PTAs, students, and patients opposing the cuts. You can find the template letters and instructions for sending them in APTA's Regulatory Action Center or on our Medicare Physician Fee Schedule Advocacy webpage.

Spread the word in whatever ways you can. Every voice counts. Engage your social media networks (and share APTA's social media messaging), talk with peers, patients, and family, and inform your local health care community of the impending cuts that could affect so many professions.

"Busting Payment Myths" is an ongoing series aimed at debunking some of the most prevalent misconceptions around payment and providing context for important payment issues. (Have a question that you would like addressed in a future installment? Send your ideas to advocacy@apta.org with "mythbusting" in the subject line.)

Stay up to date on the latest changes in federal payer regulations and policies: Sign up for the APTA Advocacy Network, read the daily news and publications, and subscribe to the Payment edition of APTA's Friday Focus newsletter series. 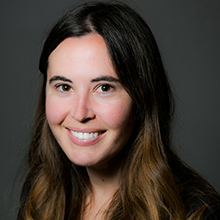 These letters are intended for use when your patient is denied coverage and a utilization management company is involved.  APTA is here to help! If you