Nelson's achievements included education, work for the USPHS, and an influential role in the Guide to Physical Therapist Practice.

Roger M. Nelson, PT, PhD, FAPTA, an influential leader whose decades of work helped shape the physical therapy profession, has died. He was 79. 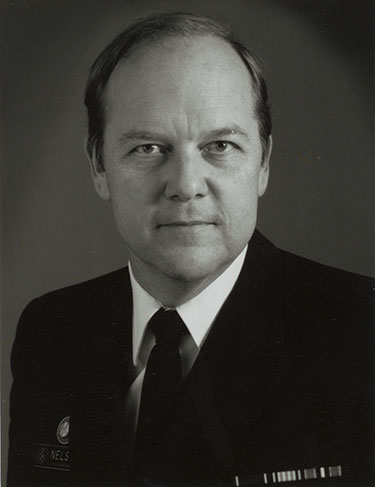 Nelson's career, which included work with the U.S. Public Health Service, the National Institute for Occupational Safety and Health, and service as chair of two physical therapy education programs, was marked by pioneering achievements including the creation of the Low Back Atlas Study and significant contributions to the first edition of the APTA "Guide to Physical Therapist Practice." In addition, Nelson co-authored two textbooks — "Clinical Electrotherapy" and "Dynamics of Human Biologic Tissue" — and authored or co-authored more than 50 journal articles. He was a highly sought-after speaker, presenting at more than 180 scientific and professional conferences.

Nelson earned a bachelor’s degree in physical therapy from New York University in 1965, a master’s degree from Boston University in 1972, and his PhD from the University of Iowa in 1981. He was a commissioned officer in the U.S. Public Health Service, where he served as chief of the physical therapy department at the USPHS hospital in San Francisco, and later, as assistant chief of the USPHS facility in Baltimore. Nelson rounded out his time with USPHS by working with NIOSH and then U.S. Surgeon General C. Everett Koop. After retiring from USPHS, Nelson went on to chair the physical therapy programs at Thomas Jefferson University in Philadelphia and Lebanon Valley College in Annville, Pennsylvania.

A member of APTA since 1963, Nelson was a highly respected leader and thinker whose work for the association and the profession is felt today. He was a member of the Pennsylvania Chapter of APTA as well as the APTA Academy of Electrophysiology and Wound Management. He served on the APTA Board of Directors from 1990 to 1996 and received the 44th Mary McMillan Lecture Award, which he delivered in 2013. Nelson was named a Catherine Worthingham Fellow in 1997, an honor also bestowed in 1990 on his brother, Arthur Nelson, PT, PhD, FAPTA, who died in 2010.

Among Nelson's most significant contributions to APTA and the physical therapy profession was his leadership in the development of taxonomy and nomenclature that led to the first APTA "Guide to Physical Therapist Practice."

As the use of digital technologies in the profession grows, APTA looks to the future.