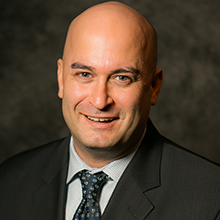 Justin Elliott is vice president of government affairs at APTA, where he has led the association's legislative, public policy, and political efforts on Capitol Hill since 2015. He has held several positions at APTA since joining the association in 2002, serving as APTA's director of state government affairs and associate director of state government affairs. Prior to joining APTA, he worked at KM Strategies, a government affairs and issues management firm. He was the communications director for Fairfax County Supervisor Penelope A. Gross and also served as an advisor on her successful reelection campaign. He got his start on Capitol Hill serving as an intern in the offices of Sen. Charles Robb and Rep. Tom Davis, both of Virginia. He received his bachelor's degree in communications and minor in political science from Virginia Tech. He is a member of the Public Affairs Council and American Society of Association Executives.