Researchers from the National Institutes of Health (NIH) believe they've come up with an exoskeleton with the right combination of features to treat crouch gait in children with cerebral palsy (CP)—the device improves knee extension but does so in a way that allows wearers to use their own muscles.

Developed by the NIH Clinical Center Rehabilitation Medicine Department, the exoskeleton is intended to nonsurgically address the flexed-knee gait that often leads to losses in walking function and eventual complete loss of walking ability. Crouch gait is common among children with CP, which is the most prevalent childhood movement disorder in the US.

The study itself was small—just 7 youth aged 5 to 19—but researchers are encouraged by the results. According to an NIH news release, all participants were able to walk independently while wearing the exoskeleton, with 6 of the 7 being able to do so in the first practice session. Knee extension gains of 8 degrees to 37 degrees were recorded for 6 participants, an improvement NIH describes as "similar to or greater than average improvements reported from invasive surgical interventions."

The most notable part of the improvement, however, was what the exoskeleton didn't do. Unlike exoskeletons designed for use by individuals with paralysis, the crouch gait exoskeleton didn’t take over the movement needed to extend the knee, thereby helping to preserve muscle quality in the wearer.

A video that accompanies the NIH news release shows a young child with crouch gait walking with and without the device. The change in gait is unmistakable when the exoskeleton is used.

“The improvements in [the trial participants'] walking, along with their preserved muscle activity, make us optimistic that our approach could train a new walking pattern in these children if deployed over an extended time," said Thomas Bulea, PhD, principal investigator. "This study paves the way for the exoskeleton's use outside the clinic setting, greatly increasing the amount and intensity of gait training, which we believe is key to successful long-term outcomes in this population." 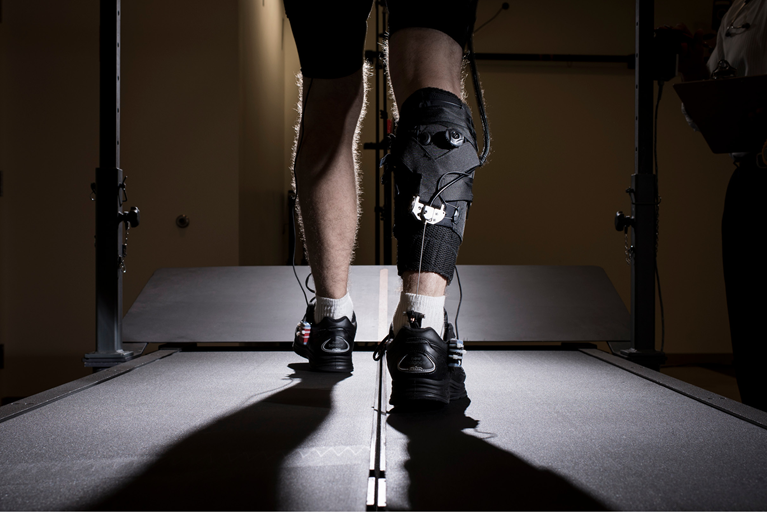 Looking Ahead: Increasing Use of Robotic Technologies in Clinical Practice

Advances in health care technology raise legal and ethical issues. Here are some situations you soon may encounter, if you haven't already. How should

Researchers believe that for children with Cerebral Palsy, pairing special assistive technology with a careful combination of movement learning strategies