Don't forget to use the CQ modifier if more than 10% of a service is furnished by a PTA.

TRICARE, the health insurance system used throughout the military, announced that it has officially revised its policy manual to recognize PTAs (and occupational therapy assistants) as authorized providers, outlining the rules and requirements governing assistant qualifications, scope of practice, supervision, and reimbursement.

Now it's up to TRICARE contractors to do the same within approximately 30 days.

As reported earlier, beginning with date of service on April 16, PTAs are recognized as authorized providers under TRICARE and thus eligible for reimbursement for covered services rendered to TRICARE beneficiaries.

Take note: The CQ modifier must be appended to the claim when more than 10% of an outpatient physical therapy service is furnished by the PTA. Check out APTA’s Quick Guide to Using the PTA Modifier.

The presence of the modifier shouldn't impact claims processing. However, if claims are denied, they may need to be resubmitted if the claims are sent to contractors before they fully implement the change.

VA Confirms Providers' Ability To Practice Anywhere in the US

The rule is intended to ensure consistent care and ease VA providers' fears about retribution from state licensing boards.

The updated information includes a list of accepted ICD-10 codes. APTA has resources to help you optimize participation. 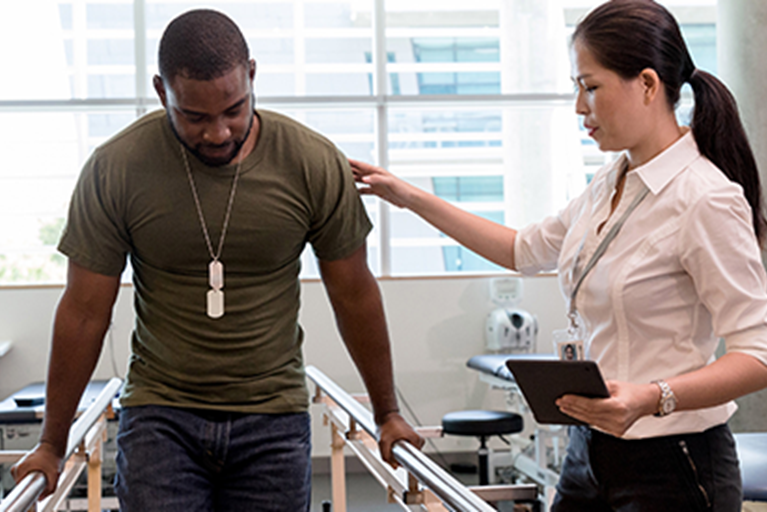 TRICARE: What You Need to Know

Important information for PTs and PTAs serving service members, veterans, and their families.