Empowering Women in the Profession

What's holding women back in a field they numerically dominate? A look at causes, needs, approaches, and the path forward.

It started on social media sometime in early 2016. It wasn't anything she'd posted, but, rather, responses to someone else's post that told Karen Litzy, PT, DPT, that something was amiss in the profession. Something that needed to be addressed.

"Somebody had asked on their Facebook page for people to name a person they considered to be 'influential' or 'a leader' in physical therapy," Litzy says. "The post had received at least a hundred responses, from both women and men, but only two women got named! Not even Sharon Dunn made the list," Litzy adds, referencing APTA's then and current president.

"I thought to myself, 'How bizarre! How could not one woman be top of mind in a profession that was started by women, is dominated in numbers by women, and currently is led by a woman?'" 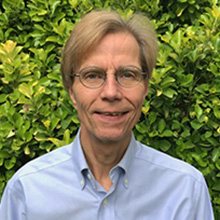 APTA had plenty to say about the underutilization of physical therapy, the squeeze on payment, and the need for an overhaul of the system.