APTA is opposed to ACA rule changes that open the door for discrimination based on gender identity.

The recent U.S. Department of Health and Human Services' decision to abandon protections of individuals based on gender identity isn't just controversial — it's in direct opposition to the official position of APTA, and inconsistent with the physical therapy profession's Code of Ethics. The association made its stand known to HHS before the rule changes were adopted, and will continue to press for person-centered care delivered regardless of gender.

On June 13, HHS issued its final revision to a 2016 rule that reinforced nondiscrimination policies in the Affordable Care Act. The widely criticized change was aimed at weakening the ACA's protections against discrimination based on "race, color, national origin, sex, age, or disability" by eliminating a definition of "discrimination based on sex" that included gender identity.

In a press release about its decision, HHS maintains that the 2016 rule "exceeded the scope of the authority delegated by Congress," and that it would be "returning to the government's interpretation of sex discrimination according to the plain meaning of the word 'sex' as male or female and as determined by biology."

APTA's opposition to the change is rooted in the profession's code of ethics, which stipulates that PTs "shall respect the inherent dignity and rights of all individuals" and not engage in discrimination based on "age, gender, race, nationality, religion, ethnicity, social or economic status, sexual orientation, health condition, or disability." The association's support for nondiscrimination based on gender expression or sexual orientation was made explicit in a policy statement from 2014, and is bolstered by an official association position adopted by the APTA House of Delegates asserting that "denying services based on religious or personal objection may encourage the health care professional to shift from a person-centered focus to one aimed at the needs or beliefs of the provider."

APTA submitted comments individually when the rule was proposed in 2019, and also signed on to opposition letters drafted by The Consortium for Citizens With Disabilities and the Coalition to Preserve Rehabilitation. APTA’s own comments stressed that the 2016 rule was intentionally written in the broadest possible terms so that discrimination in health care would be prohibited.

“The very first principle physical therapists are charged to comply with is to respect the inherent dignity and rights of all individuals," APTA wrote in its comments. "The transgender population is one of the most vulnerable in the U.S., and their medical care is frequently compromised by discrimination or fear of such discrimination.”

"Health care is a critical service that should be available to all persons, regardless of their sexuality or gender identity," said Kate Gilliard, APTA senior regulatory affairs specialist. "This change has the effect of encouraging discrimination against already marginalized groups, increasing barriers to needed care. APTA simply cannot support any rule that subverts patient-centered care."

Interestingly, a U.S. Supreme Court decision released just days after the HHS announcement has the potential to affect the agency's actions: In a landmark decision, the court ruled that protections against sex discrimination in employment apply to individuals who are gay or transgender. While the ruling can't stop HHS implementation of the rule change, the 6 to 3 decision may open the door to challenges.

APTA's opposition to the HHS change is consistent with larger efforts to support diversity, equity, and inclusion, both within APTA and the profession and across society. The support is part of our strategic plan, and includes  a series of actions taken to achieve those aims, including fundraising, governance, and staffing efforts.

The 2021 APTA Flash Action Strategy begins with a virtual event, followed by a two-day effort to support a proposed federal grants program. 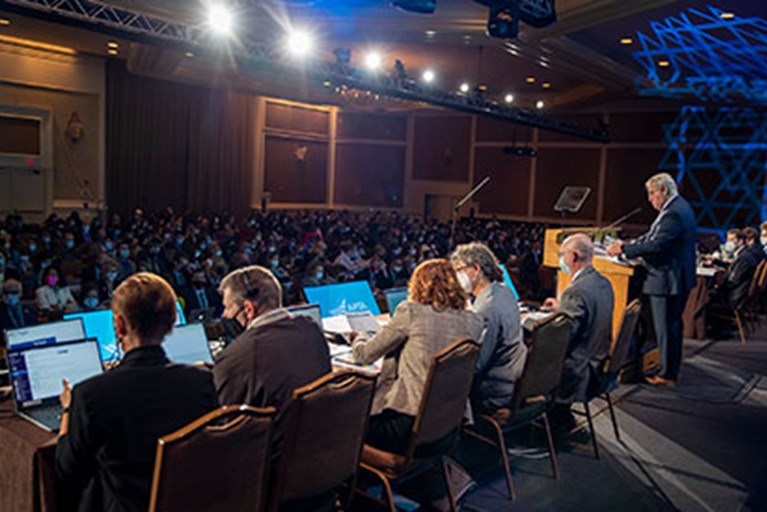