APTA wants to see to it that the physical therapy profession becomes as diverse as the society it serves. Now lawmakers are acknowledging the importance of that idea with proposed legislation that would help fund efforts to increase diversity and inclusion in physical therapy and other health providers education programs — a key element in reaching the association's goal.

If passed into law, money would be set aside in the Health Resources and Services Administration for use by accredited PT and PTA education programs for community outreach, mentorship, scholarships, stipends, or other programs aimed at increasing the number of students from underrepresented populations, including those from racial or ethnic minority populations, with disabilities, and from disadvantaged socioeconomic backgrounds.

Nearly identical legislation was introduced during the 116th session of Congress. It passed the House in October 2019 but stalled in the Senate before Congress adjourned at the end of last year.

As with the earlier legislation, the new version of the bill falls squarely in line with APTA's strategic plan, which identifies greater provider diversity as necessary to ensure the long-term sustainability of the physical therapy profession.

"We're extremely pleased that the Allied Health Workforce Diversity Act is back in both chambers and with bipartisan support, and we're grateful to the cosponsors for being leaders on this crucial issue," said David Scala, APTA senior congressional affairs specialist. "This legislation will help provide opportunities and support for inclusion of all individuals who want to become PTs and PTAs.”

"As the patient population for physical therapy, and society in general, expands and becomes more diverse, it's crucial that the profession includes an equally diverse range of providers," said Carmen Elliott, APTA's vice president of diversity, equity, and inclusion. "This legislation is a solid step in that direction."

APTA staff will monitor the progress of this legislation and provide updates and opportunities to make your voice heard; you can start now by going to the APTA Action Center and urging your members of Congress to cosponsor the legislation using the provided template letter. If you want to get an even closer look at APTA's advocacy efforts on Capitol Hill and connect with other members interested in working for change, join the APTA Advocacy Network.

Charlene Portee says new strategies — and then, action — are what's needed to strengthen diversity, equity, and inclusion in the profession. 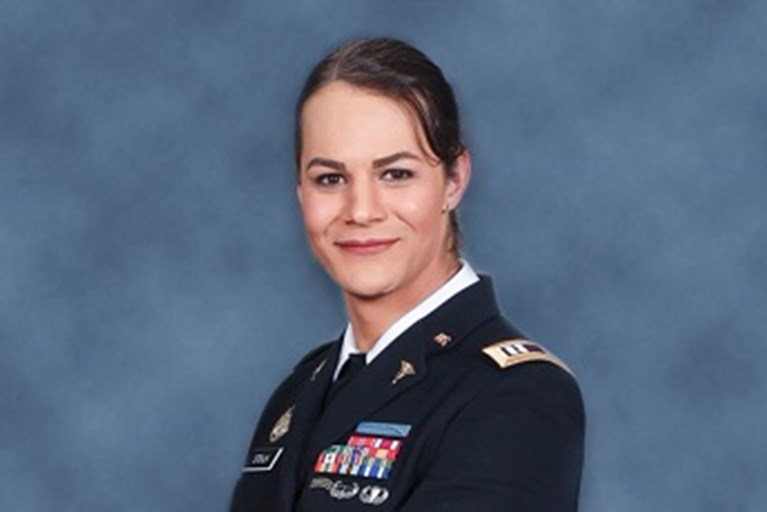 Coming Out Made Me a Better PT. Your Journey, Whatever It Is, Can Do the Same

We all go through transitions. It's what we do with those experiences that matters.

Defining Moment: I See Me in You

A PT reflects on opening a clinic in an underserved neighborhood.