Consumers' perceptions of physical therapy are moving away from the idea that it's only about injury recovery and toward an understanding that PTs can also help them move more efficiently and reduce pain: That's one of the main takeaways from APTA's recently released report on the public's awareness of the profession. Results from the 2021 survey and focus groups also reveal that a growing number of consumers view PTs as more knowledgeable than primary care providers in the areas of diagnosis and treatment of injuries, injury prevention, and mobility improvement.

The study, sponsored by APTA and conducted by SMS Research, included responses from 400 online survey participants (an amount above the participant standard for market research and associated with a 95% confidence interval) and eight focus groups held in New York City, Atlanta, Chicago, and Orange County, California. Respondents and focus group participants ranged in age from 30 to 64 and included people who had received physical therapy as well as those who had not. Many areas of the study mirror research conducted in 2016, which allowed APTA to gauge shifts in consumer awareness and assess the role APTA's public relations strategy may have played.

Overall, the study reveals that APTA's public relations work — including the association's national ChoosePT public brand and related campaigns around opioid use and physical activity, as well as its extensive ChoosePT.com consumer website — is helping shape public opinion about the profession.

The report also describes areas where more work needs to be done, particularly around consumers' feelings about seeing a PT without a referral from a PCP. The survey revealed that the rates of consumers who wouldn't see a PT without getting a referral remain high, at 62% for those who've had physical therapy and 67% among nonusers. That's a slight improvement from the 71% rates both groups reported in 2016. However, the survey noted a sizable jump in the number of physical therapy users who now say they'd go directly to a PT without a referral, up from 23% to 33% in 2021.

"This report is a timely resource for members to help them understand what the public thinks about the profession and that opportunities for growth exist," said Aaron Bishop, APTA vice president of public affairs. "It also contains significant good news — that many consumers understand the range of roles PTs can play in health care and that they appreciate the areas in which PTs actually possess more knowledge than primary care providers." 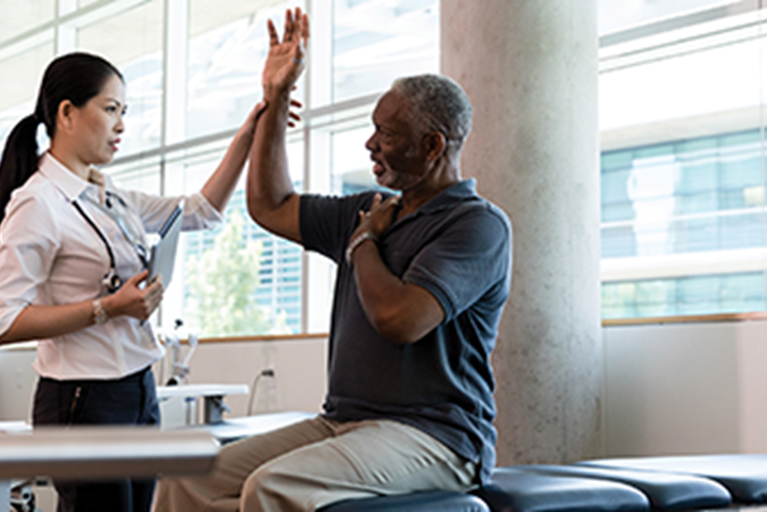