APTA in 2020, Part 3: Our Values in Action — Diversity, Equity, and Inclusion

The creation of a more fair and just society, and the need for a more diverse physical therapy profession, aren't just aspirational goals; they're existential.

The future of our country and our profession depends on embracing concepts of diversity, equity, and inclusion. In the words of APTA President Sharon Dunn, PT, PhD, "What's left to us — to all of us in our community — is to live those values through action."

This isn't news to the physical therapy profession, but APTA has identified it as a central component of our strategic plan to accelerate progress. Our efforts are rooted in the simple concept that greater diversity in the profession is key to its sustainability and, in turn, to achieving our transformative vision. It’s also critical to improving patient care and public health.

We engaged in learning — and doing.

2020 was a year of both education and action.

We dedicated a new webpage on apta.org to DEI and expanded our cultural competence resources; we launched a series of live online roundtable discussions on DEI in the profession; and we created the PT Moves Me ambassador program, a network of DPT and PTA education programs that have committed to educating high school and college students from diverse backgrounds on the value of pursuing a career in physical therapy.

Additionally, in collaboration with several other groups, we presented the inaugural Lynda D. Woodruff Lecture on DEI in Physical Therapy. We also recognized Juneteenth as a day to set aside for reflection, with an all-member email of recommended reading that featured essays by Black members.

We called for action.

APTA's Board of Directors urged change in formal recommendations to the Commission on Accreditation in Physical Therapy Education regarding accreditation standards and required elements that would improve diversity in PT and PTA education programs. The commission responded in August by developing a DEI task force to consider modifications to its standards and requirements that APTA's Board argued are impeding the admission of applicants from racial and ethnic minority populations.

Moving forward, the Board will benefit from the support of a new standing committee on DEI that will provide ongoing strategic counsel.

We committed to long-term change.

We bolstered our fundraising efforts through the creation of the Campaign for Future Generations, a two-year initiative to support APTA's commitment to DEI. The campaign includes the longstanding Minority Scholarship Fund, which has provided more than $1 million in funding to minority students and faculty, as well as the new Dimensions of Diversity Fund, an initiative to support additional DEI efforts. The combined fund, known as the Physical Therapy Fund, has received more than $440,000 in pledges to date in 2020.

Building a more diverse profession and doing our part to address racial inequities across society won't be simple or quick, but it's work that must be done. If the past year has shown us anything, it's that the real danger isn't in taking risks for change — it's in doing nothing.

Pledges received this year to the APTA Physical Therapy Fund to support DEI. 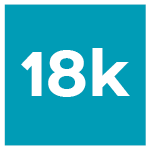 Views of "Fostering Allyship in DEI," an APTA Live panel event hosted by the APTA Student Assembly in June. 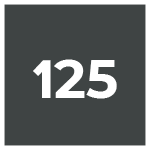 PT and PTA education programs that have signed up to designate a PT Moves Me ambassador to spread the word about the possibility of pursuing a career in physical therapy.

Pageviews of the inaugural Lynda D. Woodruff Lecture on DEI in Physical Therapy.

Resources on cultural competence published for members.
Share This /