APTA's Fit for Practice is giving away Normatec Leg Systems. Enter to win.

Keeping Pain Out of the Red Zone

The mechanisms of pain are both physical and psychological. Here's what PTs and PTAs need to know in order to gauge treatment strategies.

NCAA fans won't soon forget March 31, 2013, when the University of Louisville played Duke University in basketball. Not because of the game itself, but because of what happened to then-sophomore Kevin Ware. 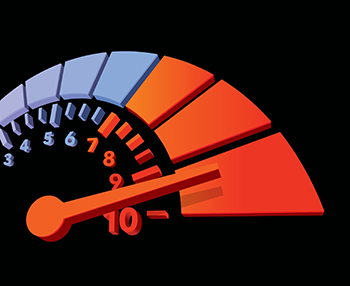 During a play, Louisville's Ware came down on his right leg and broke his tibia in a way the media would describe as a "gruesome leg injury." Six inches of bone protruded from his leg. A video on YouTube shows the injury occurring and Ware falling to the ground. All around him, people look horrified. Teammates are crying, fans are shocked. Ware later said that when Coach Rick Pitino came over, "He looked like he saw a ghost."

Ware, though, told ABC news, "I honestly didn't feel the pain." Before leaving the court, he told his teammates to win. In the ambulance, Ware was most concerned about keeping track of the score. He called his mom as he went into surgery and told her not to worry, because he was okay.

A large-scale study found that the lowered odds are especially significant for "opioid-experienced" patients.

Five ways that PTs can help patients and clients who are taking opioids, or who are at risk for or already have OUD.

COVID-19 increased the use of virtual care — but that doesn't mean knowledge gaps have been filled, say authors of a new analysis.