The Myths and Mysteries of Post-Intensive Care Syndrome

PICS occurs following an episode of acute care. No one is quite sure why, yet it affects more than 3 million people annually.

Jim Smith, PT, DPT, recently attended an APTA meeting. Seated next to him was another PT, a woman in her 30s who ran in marathons. She'd recently been pregnant, and he asked whether she'd returned to running and when she planned on running her next marathon. She responded that she hadn't resumed running. In fact, she told him she was so tired she could barely walk up a flight of stairs. Plus, she described other symptoms, such as forgetfulness. During the conversation, she'd mentioned that she'd spent five days in the ICU. 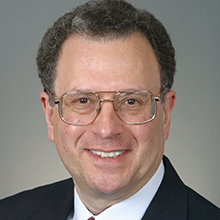 School-Based Physical Therapy: Taking on Our Role During a Pandemic

The COVID-19 pandemic brought unique challenges to all PTs, but especially those that work in the school-based setting.

APTA call for more attention to PASC, new travel guidance from the CDC, increasing COVID-19 rates among children, and more.