Advocacy by APTA and its members is paying off in some key ways.

When it comes to advocacy for the profession, it can seem like the challenges just keep coming (we're looking at you, physician fee schedule). But the truth is, APTA and supporters have recently enjoyed some legislative wins that are worth celebrating.

In July, we shared some good news around physical therapy within the U.S. Department of Veterans Affairs and increased attention to postpartum care under Medicaid; here are four more recent gains that underscore the value of APTA, members, and patients making their voices heard.

1. A Bill Supporting Treatment for Lymphedema Made it out of an Influential House Committee

As unbelievable as this sounds, Medicare currently doesn't cover compression treatment items for beneficiaries with lymphedema. The APTA-supported Lymphedema Treatment Act (S. 1315/H.R. 3630) would change that.

No word yet on how soon the House vote will take place, but signs of passage are strong in both chambers. Be sure to check out the Lymphedema Treatment Act website for more information on supporting the legislation.

2. We're One Step Closer to Taking on Prior Authorization Problems in Medicare Advantage

For years, APTA and scores of other provider organizations have been calling attention to abuses of prior authorization by Medicare Advantage providers. Finally, it seems as if Congress is poised to do something about it by way of legislation that recently passed the House Ways and Means Committee.

The Improving Seniors' Timely Access to Care Act of 2022 (H.R. 8487, formerly H.R. 3173/S. 3018) is aimed at reducing administrative burdens on providers as a way to increase access to care, specifically by scaling back the use of prior approval in Medicare Advantage plans. While it doesn't eliminate prior authorization entirely, the bill would require MA plans to make regular reports to the U.S. Centers for Medicare & Medicaid Services on use of prior authorization, rates of denials, and average time for approval. The legislation also would direct the U.S. Department of Health and Human Services to establish a process for "real-time decisions" for services that are routinely approved, and mandate that MA plans engage in more consultation with stakeholders and professional organizations around approval guidelines that are evidence-based.

Now that the bill has made it through committee, it's on to the House for a vote, which may occur this September after Congress returns from the August recess.

3. Lawmakers May Step in to Blunt Proposed Cuts to Home Health Payment

As previously reported, CMS is proposing to implement a 7.63% cut to home health payment in 2023 to address what it describes as the gaps between "assumed behavior changes and actual behavior changes" related to the Patient-Driven Groupings Model payment system implemented in 2020. APTA will submit comments on the rule by the Aug. 16 deadline; the APTA Patient Action Center provides members and supporters with an easy-to-use templated comment letter to offer their individual perspectives.

Given that there's no guarantee CMS will change course from its proposal, some members of Congress have stepped in. The Preserving Access to Home Health Act (H.R. 8581/S. 4605), led by Sens. Debbie Stabenow, D- Mich., and Susan Collins, R-Maine, and Reps. Terri Sewell, D-Ark., and Vern Buchanan, R-Fla., would freeze the current home health payment rate in place, with the exception of annual market basket updates, through 2025.

4. Telehealth for PTs and PTAs May Be Extended Until the End of 2024

The issue of whether PTs and PTAs can bill for services provided via telehealth under Medicare is largely tied to the existence of the coronavirus pandemic-related public health emergency. While PTs and PTAs aren't on the permanent list of providers who can participate in telehealth under Medicare, CMS implemented waivers that lifted the restriction for as long as the PHE was in effect, plus an additional 151 days after that.

During that time, it's been established that for some patients, telehealth is a viable means of delivering at least some components of physical therapy. But uncertainty remains as to when — and possibly if — the current waiver allowing use of telehealth under Medicare will end.

Lawmakers in the House of Representatives would like to remove some of that uncertainty: In late July, the House passed the Advancing Telehealth Beyond COVID-19 Act (H.R. 4040), a bill that would extend the waivers until Dec. 31, 2024, regardless of the status of the PHE. That's good news for patients and providers, of course, but it's also a boost for telehealth supporters such as APTA, because it provides even more time to collect data on the use of telehealth and give policymakers more time to craft something permanent. The bill to extend telehealth through 2024 still needs to be taken up by the Senate.

For a listing of APTA's legislative advocacy targets, visit the association's Legislative Action Center; to keep up with APTA's advocacy efforts, sign up for the APTA Advocacy Network, a free, members-only service that sends you special legislative updates and action alerts so you're up to speed and ready to act. 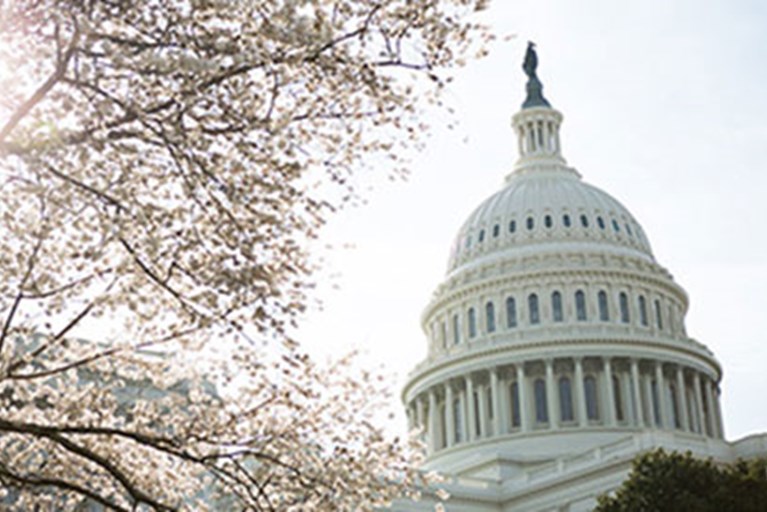