It's settled: The Centers for Medicare and Medicaid Services has stated definitively that PTs and PTAs with physical therapy compact privileges are considered valid license-holders for purposes of meeting federal licensure requirements around Medicare. The CMS verification ends several months of uncertainty about the reach of the system that allows PTs and PTAs licensed in one compact state to obtain practice privileges in other compact states.

APTA, the Federation of State Boards of Physical Therapy, and the Compact Commission that oversees the program have pressed CMS for clarification ever since privilege holders began reporting problems with enrolling in Medicare to serve residents of states included in the compact in late 2019. In a February 25 email following up on a meeting held two weeks earlier, CMS wrote that "further discussions with our general counsel have determined that the compact license is considered a valid, full licensure for purposes of meeting licensure requirements."

CMS says it will direct its Medicare Administrative Contractors to accept compact licenses and reopen any applications that were denied because of the error, but hasn't set out a timeline for the notifications.

In addition, the agency also plans to respond to a request from APTA and the Compact Commission to provide more guidance directly to PTs and PTAs with compact privileges who are treating Medicare beneficiaries. CMS says it is drafting a MLN Matters article that will shed more light on the issue. APTA will inform members when the article is published, but as with the notice to MACs, CMS hasn't indicated exactly when that will happen.

The Physical Therapy Compact has been legislatively adopted by 26 states. Of those,18 states are actively issuing and accepting privileges, with one more — Arkansas — set to participate beginning February 28. 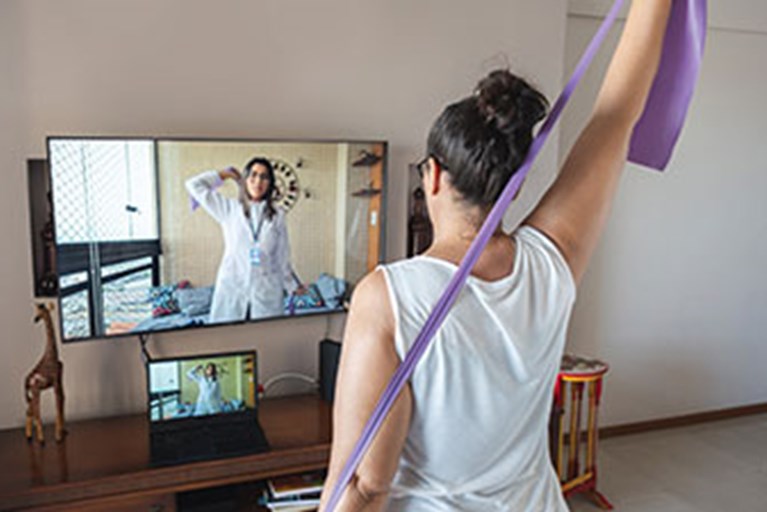 Extending Reach to Patients and Clients With the PT Compact

The PT Compact has streamlined the process for PTs and PTAs to serve patients across state borders.

An increasing number of states are joining the Physical Therapy Compact.

A busy PT is taken to task.